The Pros And Cons Of An Air Fryer 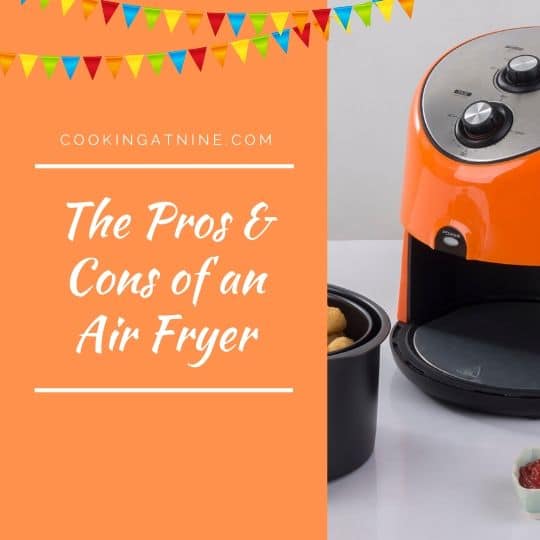 Thinking about buying or using an Air Fryer? Read this first. Here are some Pros And Cons Of An Air Fryer.

Con: The cooking time in an air fryer is very slow compared to a regular fryer.

Pro: An air fryer cooks much faster than an oven or stove. Because a lot of heat stays inside it can preheat in minutes.

Con: There is a very high chance that you will have burnt and/or dried out food.

Pro: Healthier Meals. You do not need to use any oil to get your food crispy.

Con: It takes up a lot of space and even if it says for big families the mix serving is usually 1-4 people.

Pro: An air fryer can ultimately replace an oven.

Con: Air fryers are hard to figure out at first but normally they come with a cooking guide, but it may take a few tries before you get the results you want.

Pro: Most fryers are designed to be really easy to use. So after you get the hang of it quickly–you just set the temperature and time, then you put your food in and wait.

Once your food is ready, it’s time to enjoy it! Yum!

Do you own an air fryer? Do you love it? Was it worth the investment? What are your pros and cons of buying or using an air fryer? Share your perspective. Comment below.

Tips To Achieve The Perfect Cake

Have you tried to make a cake and it didn’t turn out as planned? Read on for Tips To Achieve The Perfect Cake

These 7 tips will help you make the perfect cake!

1. Preparing Your Pans. Properly preparing your pan is one of the most important steps in cake making. There are many ways to prepare your pan. What I find most effective is lining the bottom of a cake pan with a perfectly sized piece of parchment paper.

2. Using The Correct Ingredients. Using substitutes when cake baking is tricky. You can sometimes get away with substituting butter for applesauce and other things, but it’s very tricky to find the right ingredients that will give you the desired result.

5. Preheating The Oven. When baking a cake, it’s super important that the oven is preheated properly.

6. Taking Ingredients Out Ahead Of Time. When a recipe says, “Room Temperature,” it means you should take out your ingredients ahead of time. If a recipe calls for the eggs to be room temperature, it’s really important to bring them to room temperature before using them.

7. Putting The Cake In The Oven. Once the cake batter is mixed, immediately pour it into your cake pan or cupcake pan and bake. Your rising ingredients (baking soda or baking powder) will start to rise once they come in contact with your wet ingredients. So once the batter is fully mixed, it’s ready to go.

Here are some amazing cake, bread, and muffin recipes to try!

Here are some more tips for baking!

1. What Are The Different Types Of Flour

2. What Does Lemon Juice Do In Food?

3. Essential Spices To Have In Your Pantry

What Does Lemon Juice Do In Food? 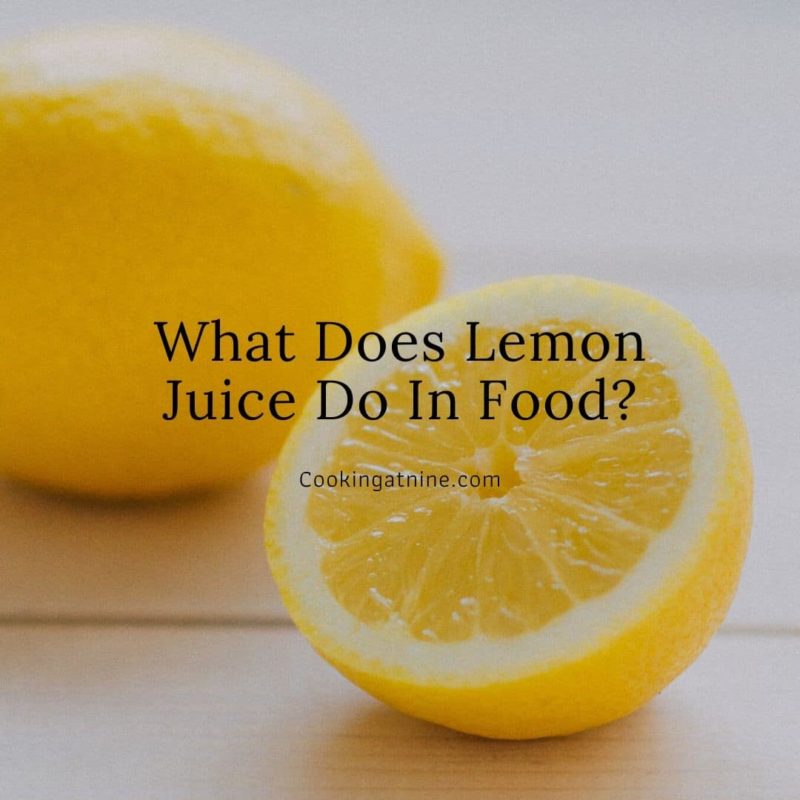 Have you ever wondered what lemon juice does to food? I will tell you!

2. Apples. If you cut an apple open to pack in your lunch, you have probably noticed that the apple turns brown. If you squeeze some lemon juice on the apple it will keep it fresh and it won’t discolor.

3. Canning. When canning food you need a certain amount of acid. If you do not have enough acid the canned foods can grow food borne diseases. So by adding lemon juice (because lemons contain citric acid) it keeps your canned foods safe!

4. Cheesemaking. Sometimes when making cheese like mozzarella and ricotta cheese you add citric acid. The citric acid makes the milk curdle and gives it the best taste. So by adding lemon juice it forms the cheese 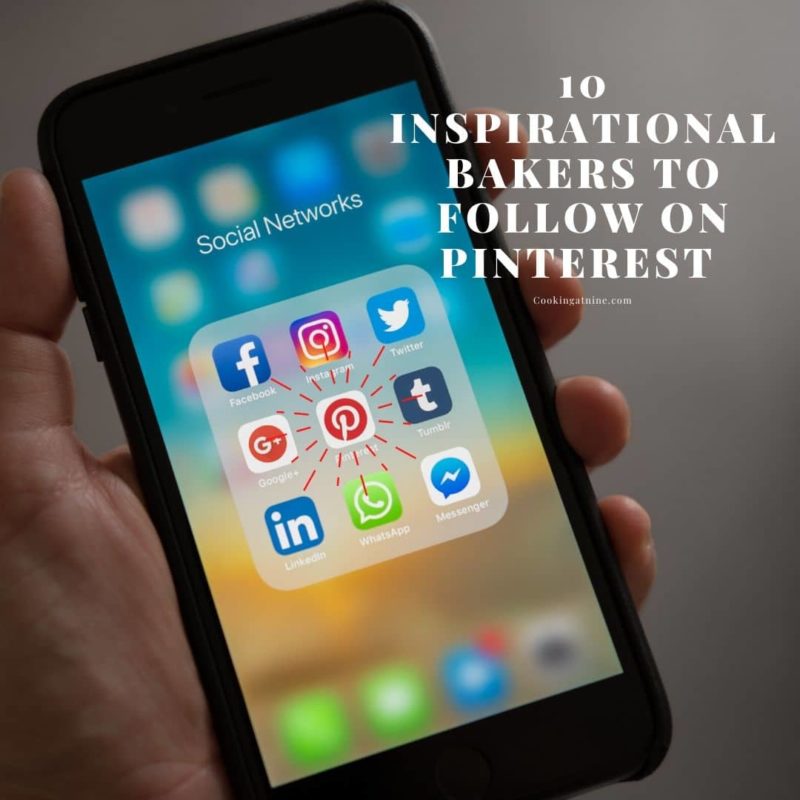 If you haven’t signed up for Pinterest because you don’t know how it works or don’t get it, just trust me, you will fall in love with it!

Pinterest has so many great ideas for all sorts of things, especially cooking and baking ideas!

Now about those Inspirational bakers…

3. How To Cake It. Yolanda Gampp is popular for her step by step videos on Youtube, HowToCakeIt. On this channel she posts once a week. She posts incredible cakes she has made while she is narrating them.

6. SkyRunningGirl. Naia from SkyRunningGirl makes healthy and vegan recipes for athletes. Her recipes are very simple and so delicious!

7. My Recipes. My Recipes is run by Nicole Nelson McLaughlin, she is the culinary producer of My Recipes. She also has a YouTube channel called My Recipes, on there they post baking hacks and tips.

10. Molly Yeh. Molly Yeh is the creator of MyNameIsMollyYeh.com. Molly also has a YouTube channel called Molly Yeh, this is where she posts baking videos. 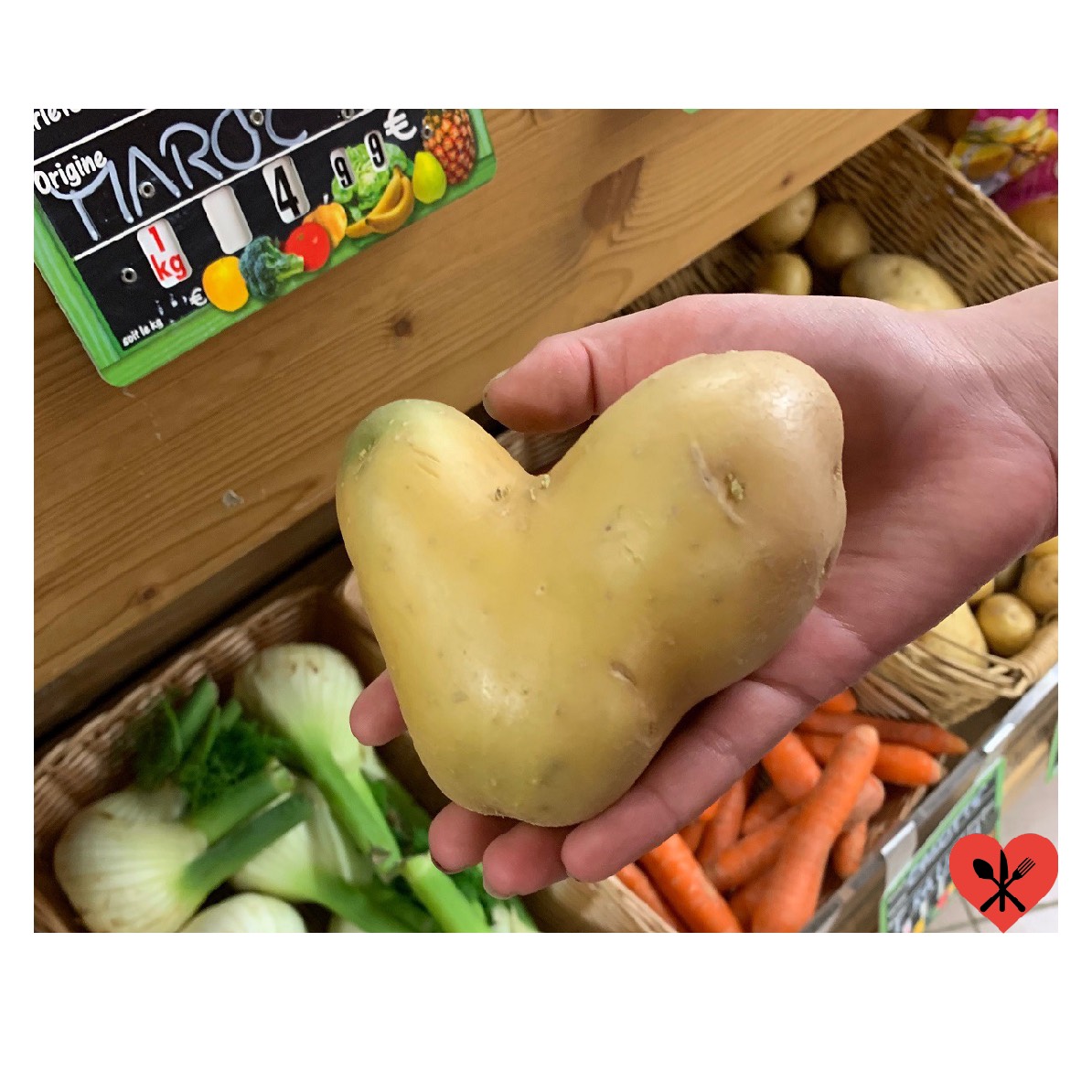 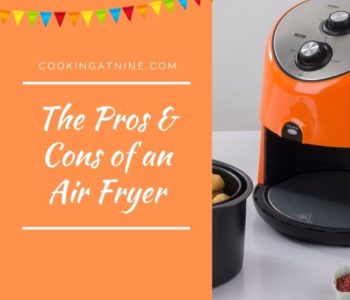 The Pros And Cons Of An Air Fryer

Tips To Achieve The Perfect Cake

Any cookies that may not be particularly necessary for the website to function and is used specifically to collect user personal data via analytics, ads, other embedded contents are termed as non-necessary cookies. It is mandatory to procure user consent prior to running these cookies on your website.